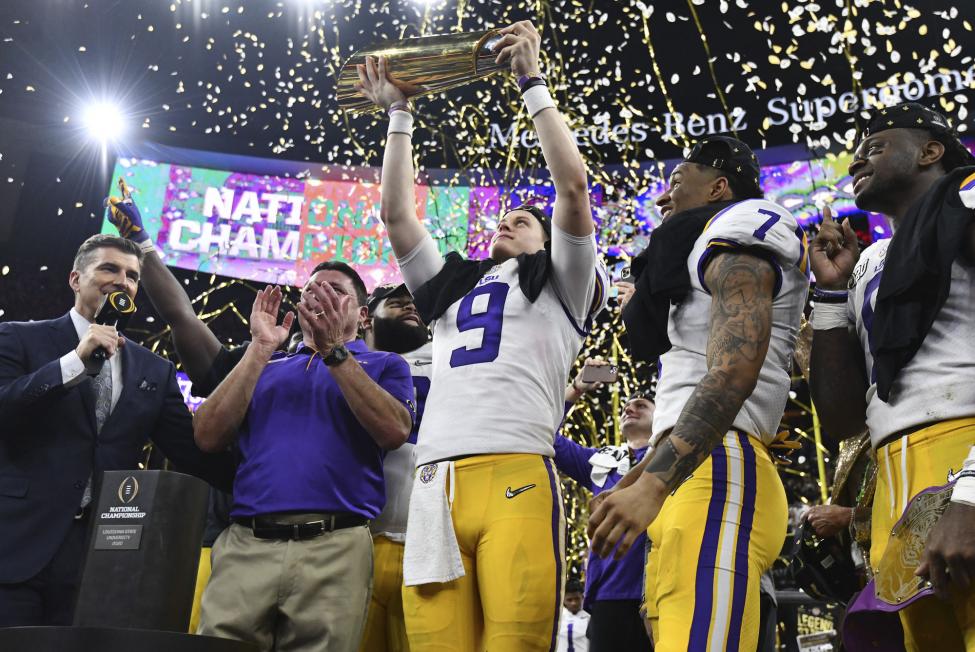 The 2019 college football season is complete with LSU defeating Clemson 42-25 to win the 2019 CFB National Championship. At CFB Elite, that means it is time to add another year of data into the fold and begin the updating process. Below will be a running list of pages that have been updated post-2019 season. As the pages are updated, they will be added to the list below.

Update: The site’s data is now updated through the 2019 season.

The unexpected change-up by the AP voters was the omission of Oklahoma from the Top 5. Their dismantling at the hands of LSU influenced the voters to believe that they weren’t an actual top 4 team after all. So, instead of #4 and #5 being Oklahoma and Georgia like most years, #4 and #5 went to Georgia and Oregon. This move buried the Big 12 and elevated both the Big 10 and SEC due to all of their games against each other, as well as, Auburn’s win over Oregon in week 1. Because of this, the number of Elite Teams went from the minimum of 5 to a very high number of 11. LSU became only the 4th team in CFB history to defeat 4 Elite Teams in one season. The Big 10 ended up with 5 Elite Teams this year which is their highest number ever. Alabama’s streak of 11 straight Elite Seasons ended.