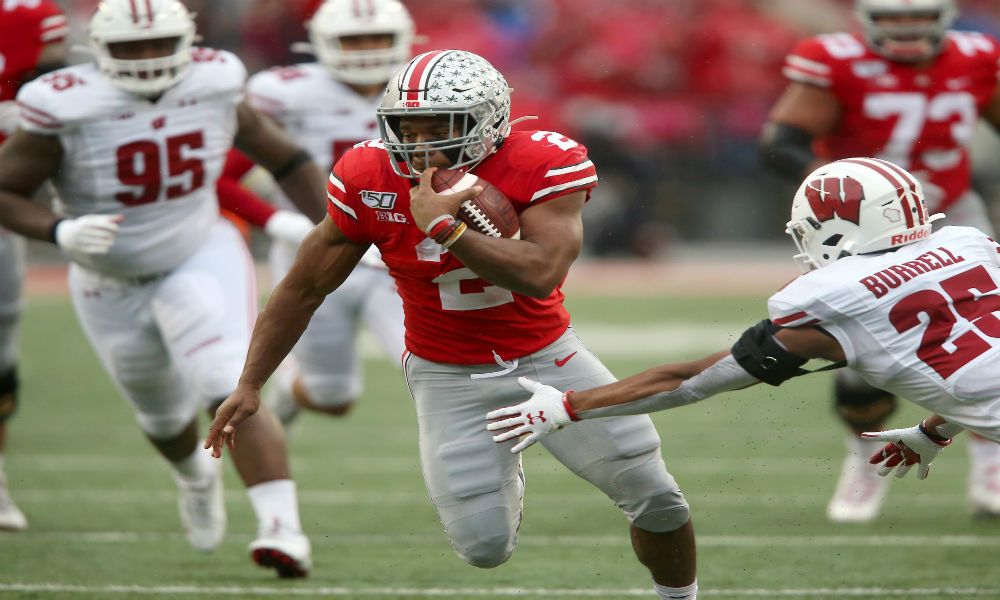 Ohio State passed the test in Rivalry Week and Alabama did not. Auburn defeated a Tua-less Bama squad on Saturday to hand Bama their 2nd loss on the season. The loss ended Bama’s CFP hopes and had college football fans rejoicing at the idea of some new blood in the Natty hunt. This will be the first time in the 6-year history of the playoff that Alabama will not be included. Here at CFBElite, we should note that Bama is also in jeopardy of not having an Elite Season for the first time since 2007, Nick Saban’s first year. Alabama will have to hope for a top 10 bowl opponent and defeat that opponent handily in order to sneak back up into the Final AP Top 5. Bama finished the regular season with 0 victories over anybody in the current AP Top 25, which is strange given how deep the SEC was at the top this year.

Ohio State and Clemson handled their business by blowing out their rivals, Michigan and South Carolina. Both teams are one win away from a CFB Playoff berth. Well truthfully, Ohio State is likely already in win or lose. They have already defeated their opponent in the Big 10 Championship Game by 31 points, therefore, as long as LSU beats Georgia, they would still have the best win of any of the playoff contenders. LSU, with the best overall resume in college football, is also likely in, win or lose. The SEC Championship is more about Georgia proving that they belong. If Georgia wins, which I don’t think is very likely, they are in.

According to the Eliteness Tracker, the current odds-on favorite to get the 4th playoff spot is Oklahoma. OU has to defeat Baylor for a 2nd time to get that opportunity, and that will not be easy. Baylor seems to be peaking over the last couple weeks, and we have seen in the past, how difficult it is to beat a team twice.

Utah is possibly better than Oklahoma, but they will not have a top 15 win and OU is an Elite Program. The one thing to consider though, is that it’s been 3 years since the PAC 12 has been represented in the playoff. There could be some politics involved. This will be very interesting because the insertion of a 1-loss Utah over a 1-loss OU would force me to adjust my system after 12 years of nailing the playoff selections and BCS NCG. Of course, if Baylor or Georgia wins, we’ll never truly know who might’ve gotten in.