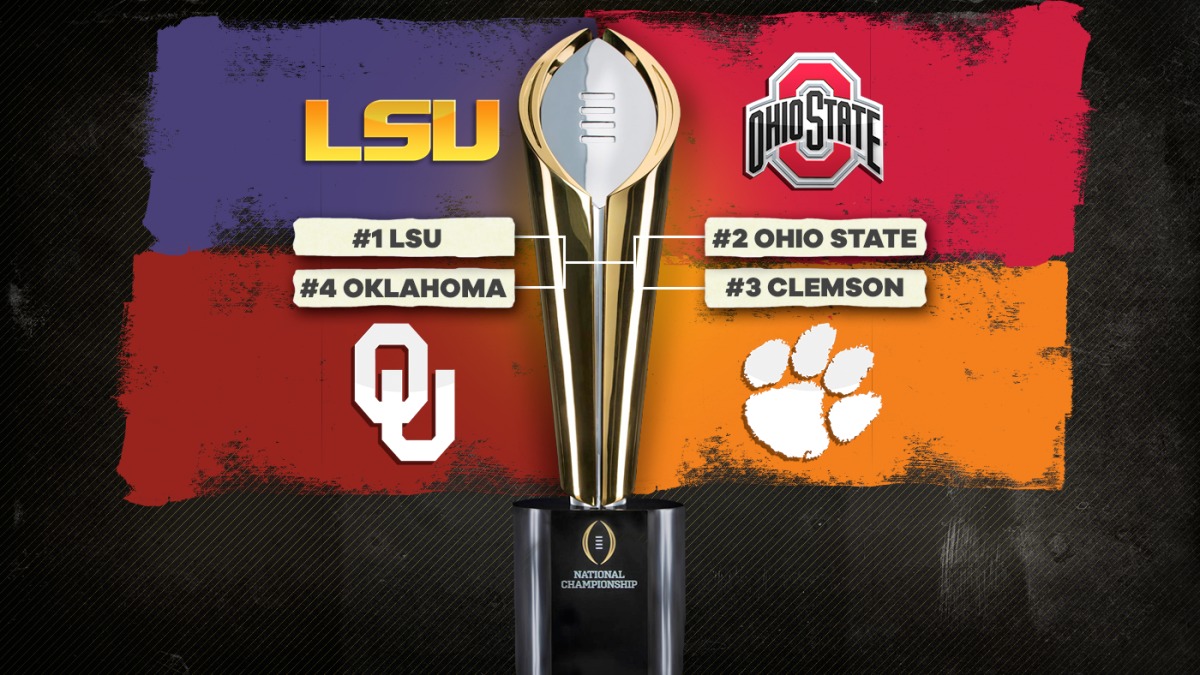 The final AlgoStats are in and they have a discrepancy or two with the CFP Committee. Remember, these AlgoStats are weighted based on previous year’s ability to predict both the CFP teams and eventual national champion. Three of the four CFP teams the AlgoStats like, and really, those three teams were the obvious selections of Ohio State, LSU, and Clemson. For their 4th team, they like Alabama over Oklahoma, largely because of F/+. I would say that this is going to bump down the relevance of F/+ next year, but 4 of the 6 algorithms think Bama is one of the top four teams and no algorithm here thinks Oklahoma is in the top 4. Is this is a predictor on the LSU vs. Oklahoma matchup?

Again, the disclaimer: This is not exactly what these algorithms are designed to do by their creators. They are designed to measure the relative strength of the team, not predict the playoff selections. My Eliteness Tracker, on the other hand, is precisely designed to do predict the playoff teams and correctly predicted all four playoff teams in order. The algorithms true purpose is much better aligned with the Natty Side where the AlgoStats are unanimous in naming Ohio State the best team on paper. Clemson and LSU are basically tied as a distant 2nd.

It has to be mentioned that, every year but one since 2015, Clemson out-performs it’s Algorithm ranking in the postseason. As a former Clemson analyst that crunched through hours of film every week, I can tell you that Clemson sandbags. In the same way Dabo is manufacturing drama for his team in the media, he does the same thing on the field. However, Clemson may have trouble out-performing their statistical profile this year because of all the NFL talent Clemson lost up front on defense from last year. We saw the difficulty in creating a pass rush against Virginia in the ACCCG and how that affects their defense on the backend. We also have yet to see Clemson face a road-grater rushing attack with a capable QB and RB like Ohio State. So, there are still questions Clemson has to answer in my opinion. At the same time, Clemson has an offense that is stacked with the type of talent Ohio State hasn’t seen. If both defenses strategize they way they have all season, we could see a “feast or famine” type game with a lot of chunk plays and tackles for loss. I can’t wait to see it.