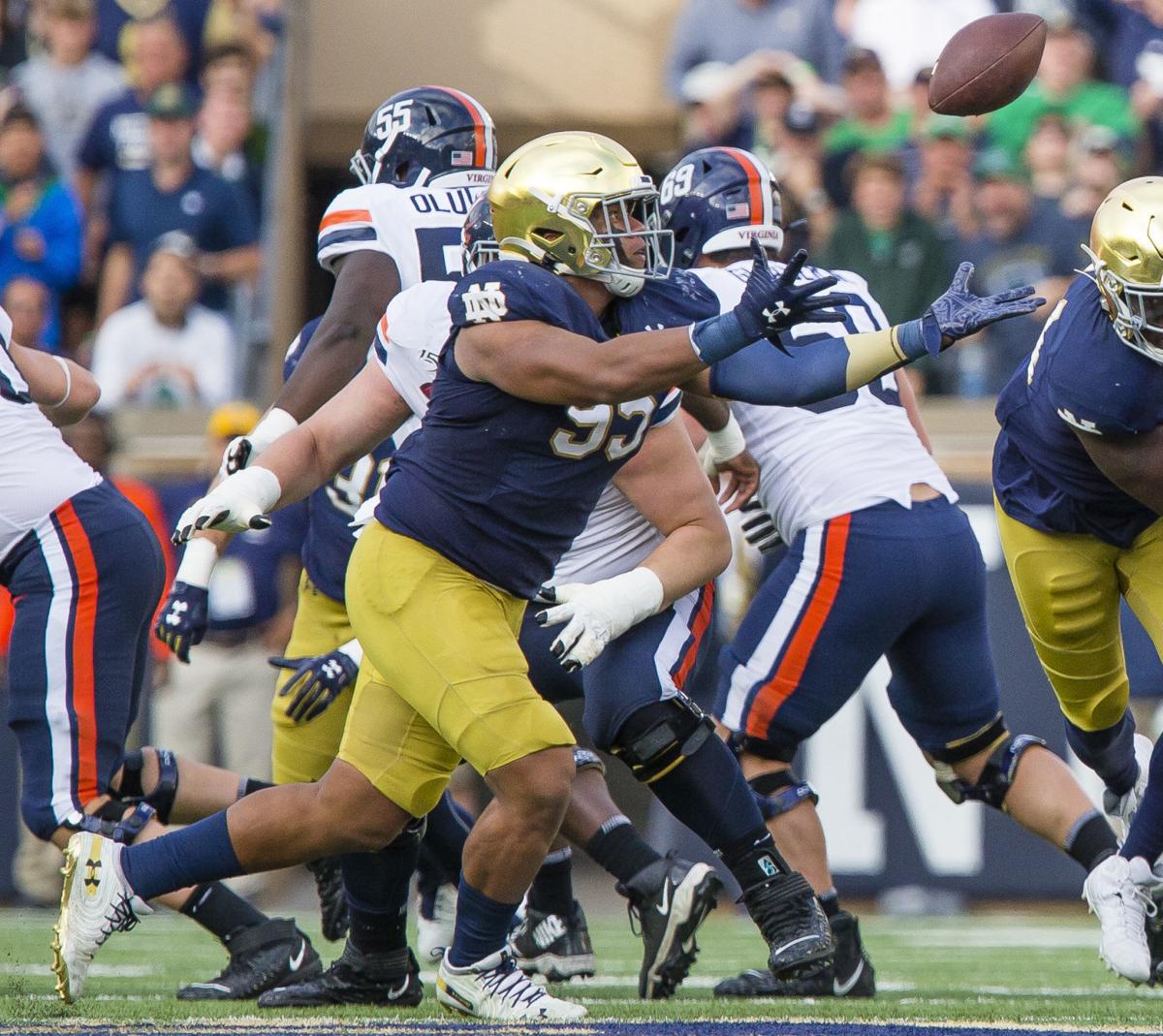 The big story out of week 5 was the near upset of #1 Clemson in Chapel Hill. Reminiscent of the end of the 2015 Notre Dame vs. Clemson game, The Tigers tackled the QB short of the goalline on a 2-point conversion attempt to preserve the victory. Being a 4 TD favorite and hanging on for just a 1 point victory has consequences in the world of collective opinion, and the Tigers dropped to #2 in the AP poll afterwards.

The Tigers have not looked like the team that beat Alabama by 4 TDs 8 months ago, and the main culprit for that is the under-performance of the nation’s deepest and most talented offensive personnel. I mean, last year at this point Clemson was averaging 38.0 points per game. This year, they are all the way down to (looks up the stats) 38.0 points per game? Hey, wait a minute.

Yea, this is nothing new. At this point in Clemson’s national championship season of 2016 (the Deshaun Watson, Mike Williams, Wayne Gallman, Jordan Leggett offense), they were averaging just 33.5 points per game, which was good enough for 53rd in the nation. As someone who has performed meticulous film reviews of Clemson during those years, I can tell you Clemson sandbags. At the beginning of the season, Clemson seemingly runs the same 10 plays over and over which makes them easier to defend. As the season progresses, the offensive staff begins to expand the playbook and customize the offense to what it does best. Doing it to this degree is unique to Clemson and something that wreaks havoc on their measurables and advanced stats. Because of their schedule and talent level advantage, they can get away with this where an SEC West team, for example, cannot. So when Alabama folks say Clemson has an unfair advantage due to their schedule, they are absolutely correct and Clemson uses the hell out of that advantage.

Over the past 4 years, the offensive braintrust at Clemson does not have to try to call a perfect game until the playoffs. Instead, they get to hide plays on film, hide their real tendencies, and improve fundamentally by running the same plays over and over. If Clemson gets dragged into the 4th quarter like they did against UNC, you will see different plays come out. One was a misdirection WR flat route that would’ve gone for huge yardage had Cornell Powell not slipped down. The other was the slot fade by Higgins which was the play they scored the go-ahead TD on. The play matched him up with UNC’s OLB Surratt who was doing all the damage on blitzes, who Higgins easily beat for the score. Yes, Trevor Lawrence has pressed at times this year and made poor decisions. Yes, the OL has had issues in pass protection also. But to me, this looks an awful lot like the “just win, but only call basic plays, and play a lot of people” Clemson offense from September of the past 4 years.

UNC/Clemson may be the big story of the weekend, but the biggest win was secured by Notre Dame. Notre Dame defeated a good Virginia team in South Bend and showed that their defensive performance against Georgia was no aberration. They held Virginia to 0.1 yards per carry rushing and chalked up the turning point in the game with a sack/fumble scoop and score to put UVA in desperation mode. The win gets Notre Dame on the Eliteness Tracker board for the first time this year.

The 2nd biggest win and biggest loss of the week came in the same game this past weekend. Arizona State defeated California and that dropped them from #9 to #13 below. Unfortunately for ASU, due to Notre Dame’s win, they actually dropped a spot from #15 to #16 below.

The top 8 remains unchanged from last week. This will not be the case after week 6. Auburn gets yet another big test, this time, by traveling to the Swamp to face undefeated and untested Florida. One of those 2 teams will be dropping down into the “1-loss zone” when the Eliteness Tracker comes out next week. This contest is, by far, the game of the week in college football.

The rest of the slate this weekend is kind of “ho hum” at the top. An upset could change that of course, but the 2nd most meaningful game on paper is Iowa at Michigan. A Michigan win could be the catalyst they desperately need to help turn their season around. An Iowa win would send them to 5-0 and bring national implications to their game against undefeated Penn State next week.

Since it is possible to have an elite season with 2 or even 3 losses, you will see those teams come back. Starting in October, I’m going to add back in the 2 loss teams to the Eliteness Tracker. Then in November, I will add 3-loss teams back into the mix as well.