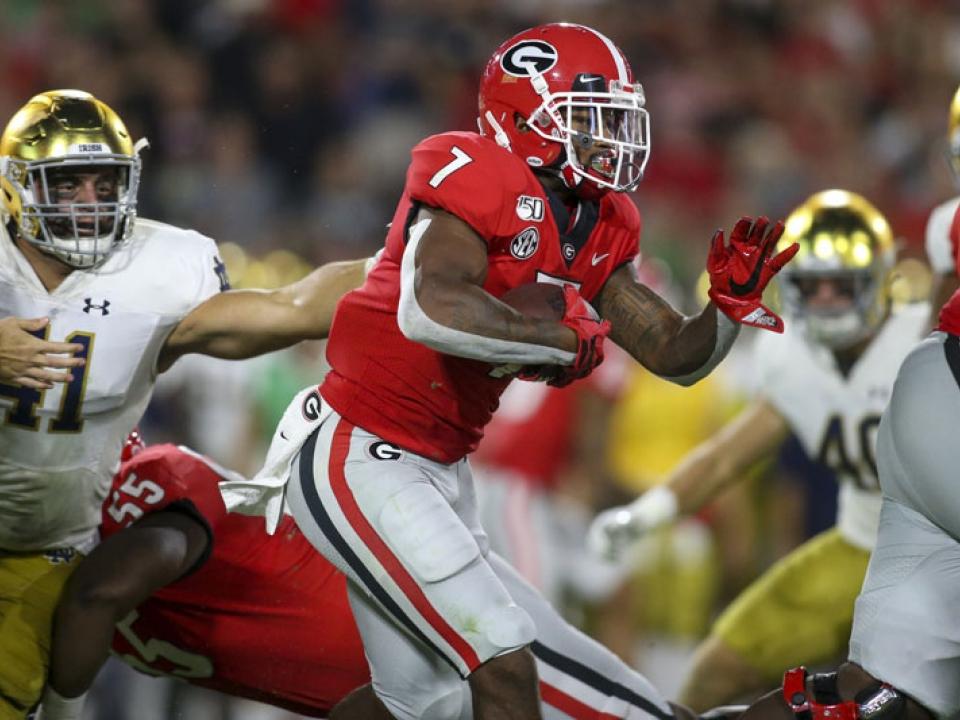 As expected, week 4 possessed the kind of drama at the top that week 3 was missing. At the end of the day, we were left witnessing another big victory for the SEC. Georgia held on to defeat Notre Dame, and in the process, notched the biggest victory of the young season. Yes, it’s early. We’re not even into October yet, but so far, the three biggest wins of the 2019 college football season all belong to SEC teams.

This is both good and bad for the rest of the country. The bad news is that this increases the likelihood of the SEC getting 2 teams into the playoff. The good news is that the SEC is about to start cannibalizing each other on a weekly basis. You really have to wonder if any one of Alabama, LSU, Auburn, or Georgia can run the gauntlet undefeated. It doesn’t look like it to me right now. And speaking of not running the gauntlet undefeated, UCF took an L at the hands of Pitt this week and that all but ended the outside shot they had of claiming a playoff spot at the end of the year. 4-0 Boise State now becomes the Group of 5 team with the best chance to crash the party.

If you missed Friday’s Pac 12 matchup, you missed perhaps the hardest fought game of the year so far. Utah and USC went after it with both teams leaving everything they had on the field. When time ran out, the USC WRs had made just enough plays to help the Trojans pull the upset. Left for dead after an unimpressive start to the season, USC is back in the hunt for Eliteness.

In the Big 10, there was supposed to be a big game, but it ended up being a mismatch. The Badgers obliterated Michigan in a way that makes you wonder if the Wolverines will be able to recover. The bottom line is that Wisconsin became the primary challenger to Ohio State. Wisconsin plays at Ohio State on October 26th. Set your calendars for that.

After week 4, let’s see what the Eliteness Tracker looks like.

Georgia is the new #1, followed by Auburn who won at Texas A&M and became the only team with 2 top 25 wins so far. LSU, Clemson, and Alabama round out the top 5. With most of the non-conference business taken care of after week 4, conference matchups take center stage in week 5.

We get another interesting Pac 12 matchup on Friday night. Undefeated California hosts Arizona State in a game that starts at 10:30 on the east coast. You can’t stay up? That’s ok because you can watch Penn State who travels to face that Maryland offense at 8:00. Cal and Penn State are undefeated and Maryland and ASU are coming off their first loss of the season. There is potential for good football here.

Is there potential for a letdown in South Bend on Saturday afternoon? Notre Dame is tasked with bouncing back quickly after an emotional game against Georgia when they face a very good Virginia Cavaliers team. I think Brian Kelly might’ve been right when he said, “We’ll know more about this team next week (vs. UVA) than we did this week.” Virginia’s Bryce Perkins and Joe Reed can give any defense trouble with their athleticism. Still, Notre Dame should win if they bring their A game.

Is USC really back or were they a one-week wonder? We’ll get that answer this week as they travel to Washington. Most people seem to think the Huskies are better than they showed earlier in the year, so it makes sense that they are favored. On the other hand, I liked what I saw out of USC last week against a Utah team that I think is better than Washington. If USC brings that same effort level they had against Utah, they can play with anybody. I like their chances to pull the upset.